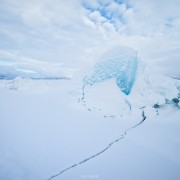 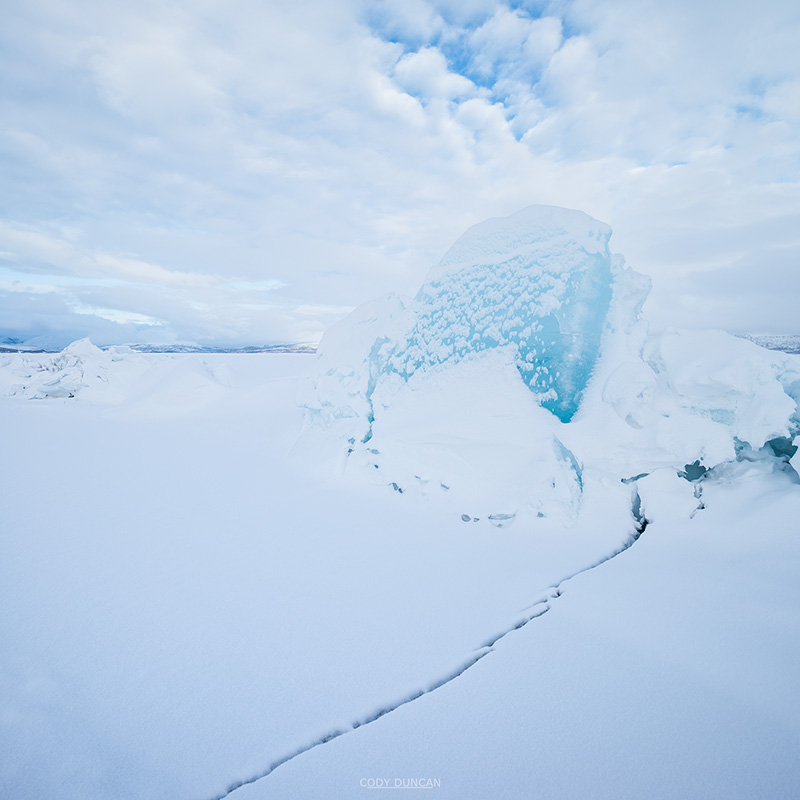 Despite their close proximity, they touch each other, there is often some difficulty traveling between Sweden and Norway.  This experience becomes more pronounced the further north one travels.  So traveling from the Lofoten Islands, Norway, to Kiruna, Sweden becomes, unfortunately, a multi day affair when depending on public transport.  And these multiple days of travel often require a night in Narvik, Norway.

Sunday morning, the 16th of February, was the date of departure for my Australian companions of the last 10 days.  I needed to be in Kiruna, Sweden not too late in the afternoon of February 20th.  So I was left with a choice.  To go immediately to Sweden or not.

In my original planning, I had counted on staying on Lofoten until the morning of the 19, before then traveling on to Kiruna (via a night in Narvik).  But with my hopes of getting in a bit of time on my skis, and pretty much no snow on Lofoten at the time, I decided to head east a bit early and break up the journey for a few days in Abisko national park.  So early on Sunday morning I was dropped off at the bus station in Leknes and began my journey to Sweden.

By mid afternoon I was in Narvik.  Frustratingly close to Abisko, yet the last trains and busses of the day had already departed.  If Narvik has any redeeming charms, I have yet to discover them.  But perhaps this is only because I attempt to spend as little time as possible in the city.  I thought about camping the the forest, but soon decided a night in the hostel would be a better idea, the nights are long and cold in February, better to have some warmth.

The morning arrived soon enough and saw me on the train to Abisko, Sweden.  The fickle grip of this year’s winter finally began to strengthen as the train headed east along the fjords finally climbing into the mountains of the Norwegian/Swedish border.  The last villages in Norway are empty, lonely places in winter.  Katterat, Haugfjel, and Bjørnfjell, the last stops before reaching the Swedish winter resort town of Riksgränsen.  Though as the winter had been dry on Lofoten, it had also been warm here in the Swedish border mountains and the resorts were just beginning to open up for an unusually late start to the season.

It was under a gently falling snow that the train finally reached my destination, Abisko Turiststation, the STF run hostel/hotel is the center of tourism for Abisko national park.  Arriving on a Monday, and in the middle of February, I hadn’t thought about any needs of making a reservation.  So it was with great surprise, that upon heading to the reservation to get a dorm bed for the next three nights, I was informed I had gotten the last one!  I guess I could have always gone and set up my tent in the forest if needed.

Abisko has become something of a northern lights watching hotspot in the last couple years.  Having only previously been in the area in the, now to my understanding, relatively quiet period of autumn, I was unaware of how popular of an activity this was, with people from far and wide around the globe braving the cold in hopes of seeing those elusive green lights.  More importantly for me though, there was snow.  And as I turned out the light after a warm meal of spaghetti and (Swedish) meatballs, there was still a light snow falling from the sky.   Moments into my sleep, the phone beeped with the arrival of a text message from Lofoten: ‘Go outside!’

I looked out the window just in case, but I already knew the result.  While I was stuck under snowy skies in Sweden, the sky over Lofoten was filled with Auroras, where I should have been had I not chosen to leave a few days early.

Now if you’re not in Abisko specifically to see northern lights, it can still be a rather sleepless experience.  Despite the bad weather on most nights, the other 4 people I shared the room with were in and out all night long and random intervals; banging doors, leaving lights on, etc. I had been spoiled with some good northern lights on Lofoten in the previous weeks, so it would take something special for me to go stand around in the cold for hours to wait for something to appear, which they did briefly on my 3rd night, but not enough to see me outside.

I passed my days walking around the frozen lake Torneträsk, and though I knew the ice was thick, strong enough to hold a train, I was told, the constant creeks and moaning of the ice left me with an uncomfortable nagging in the back of my mind as I looked to the shoreline over 1 kilometre away.  A few other times I headed out into the forest on skis.  But for anyone having been to Abisko before, and knowing what beautiful landscapes hide behind those mountains to the south, the immediate Abisko area is a bit anticlimactic.  Soon it was time for the next part of my Journey.

Thursday morning, February 20th, I was standing on the road outside the hostel to catch the bus into Kiruna.  There, I would meet my girlfriend as she arrived from the UK later in the afternoon, before heading into the mountains at Nikkaluokta to begin the journey back to Abisko on skis along the Kungsleden Trail.  Or so was the plan.