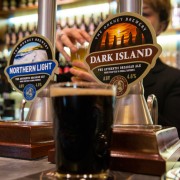 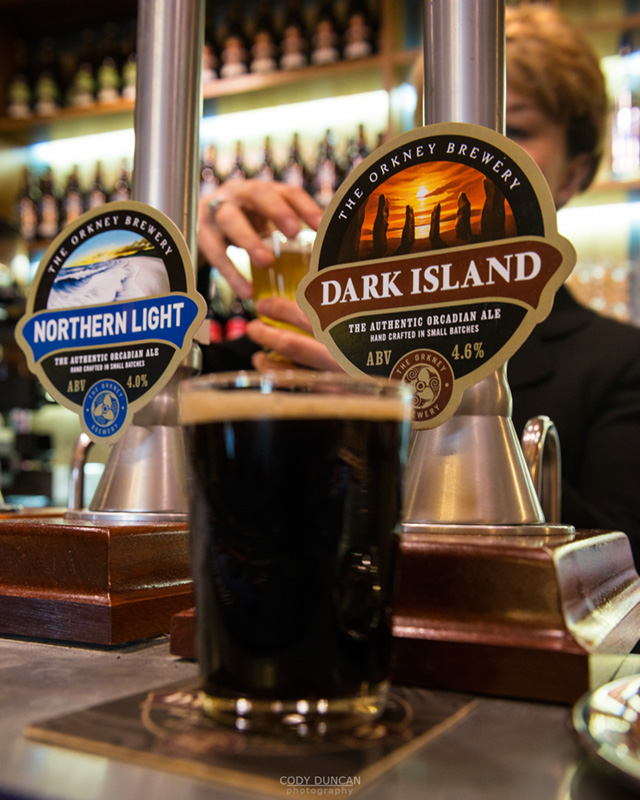 It was a gray, rainy morning on Orkney when we headed to the Orkney Brewery.  Located in Quoyloo, not too far from where we camped at Yesnaby for the night, we actually had to wait around a bit before the brewery opened for the day.  Though much of this time was spent trying to find a 3G signal to connect with the outside world, something that was a bit elusive during my time on Orkney.

Once at the visitors center, and despite the early hour, we decided we might as well go on the tour and partake in the beer sampling, the price of which is £5.

The tour included a brief history of the brewery as well as a walk around the the brewing facilities.  A bonus was the cheeky commentary from the head brewer as he was busy washing out one of the malt basins.  Despite the hard work, I think he enjoys his job!

The Orkney Brewery is a small operation, and considering I’ve been on a few brewery tours before, it was still nice to see how they do things.  And the interesting artwork provided a nice overview of the brewing process.

Back in the tasting room, we were provided samples of: Dark Island ale, Corncrake ale, Northern Light ale.  The Dark Islands is my favorite, and one I’ve known about for some time.  It is also their most popular beer, understandably.

Not really having had breakfast at this point in the day, we decided to get a piece of the Dragonhead cake, made with their Dragon Head ale.  It was so tasty, we had to get another piece, the last piece they had, to go – which didn’t last too long once we were in the car and hungry as we were.  A few days later we stopped by once again, more or less just to get another few pieces of Dragonhead cake for our journey back to Scotland.

The visitors center also has a full service restaurant.  But unfortunately, the shortened off-season hours never fit in with our eating schedule.  A few things on the menu did look good though.  Maybe next time.

During my first visit to Orkney in 2003, I remember seeing a t-shirt for their Skull Splitter ale in one of the gift shops in Kirkwall.  Unfortunately, I was on something of a budget back then and never bought one.  I was glad to discover that the brewery gift shop had some Skull Splitter t-shirts, as well as t-shirts for all of the other beers they brew.  Along with some stickers, coasters, and a few other things, I left with my wallet feeling a bit lighter. 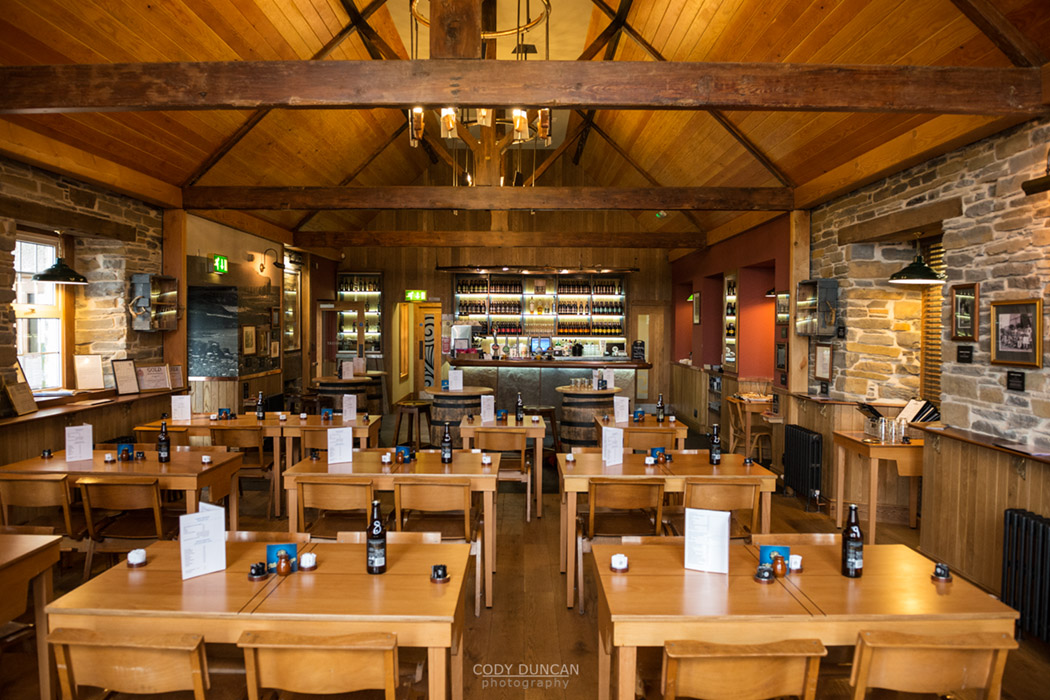 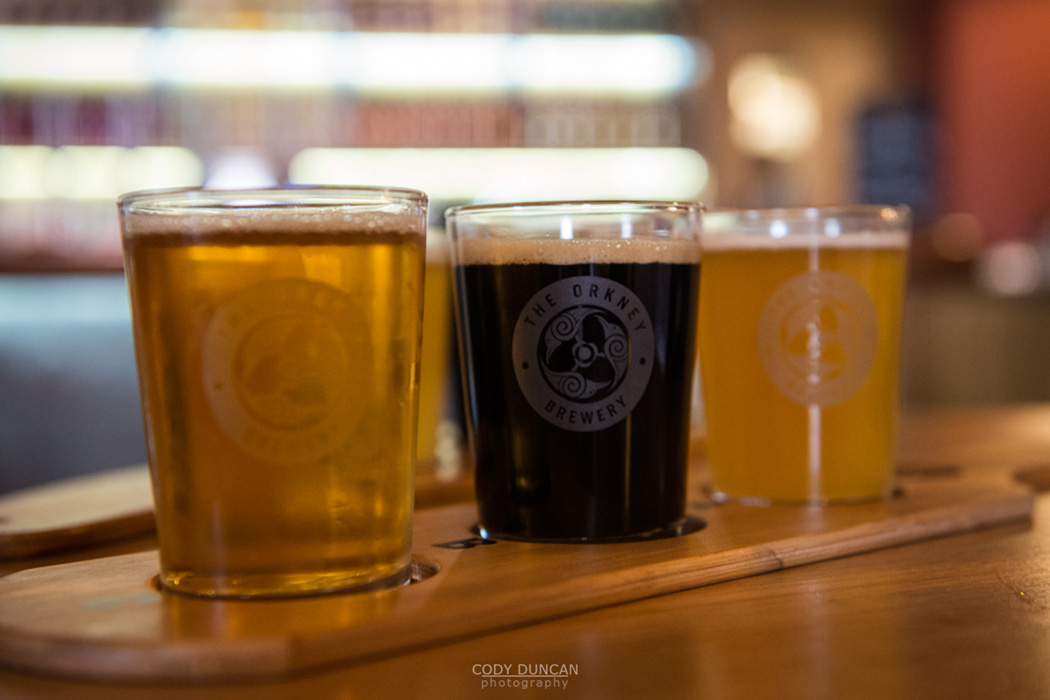 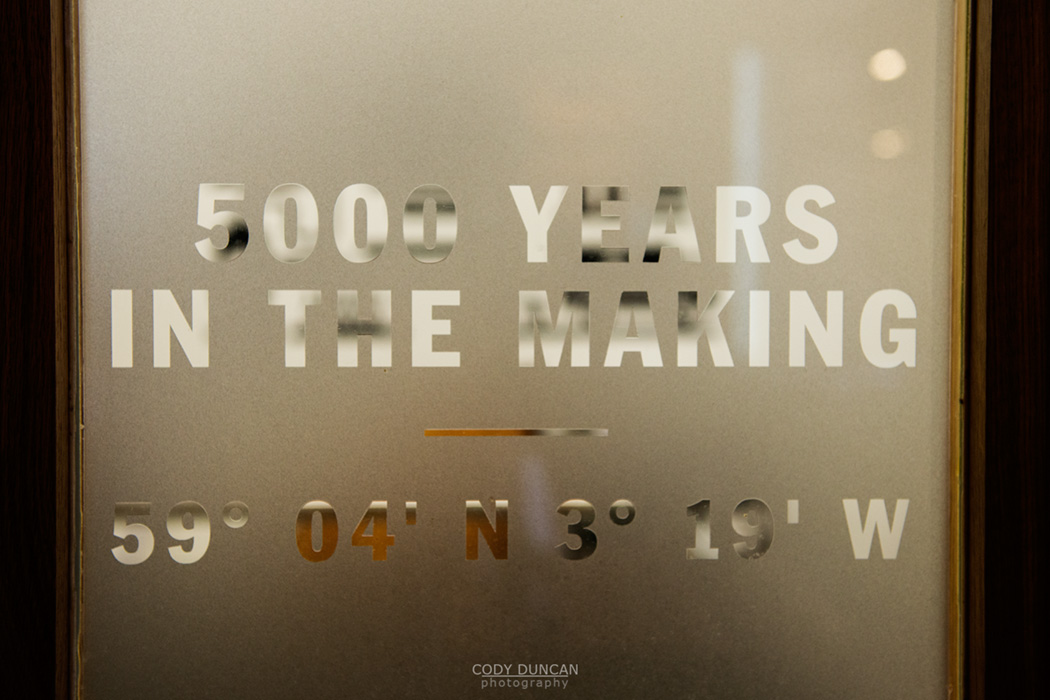 Return From Lofoten
Scroll to top