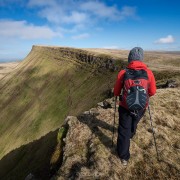 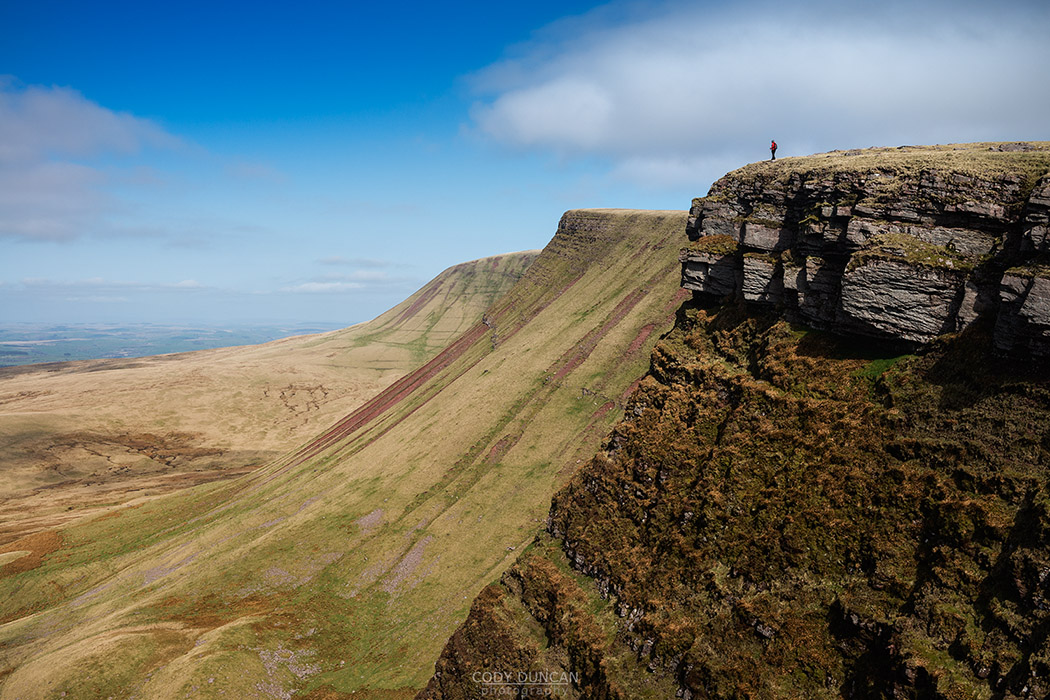 The Black Mountain – Y Mynydd Du, the strangely singularl named mountain range, not to be confused with the Black Mountains or Black Mountain itself, on the Western edge of south Wales’ Brecon Beacons national park is home to the some of the most stunning and wild mountains of the national park.  While the central peaks of the Brecons Beacons can have a near endless train of people heading up on a sunny Sunday afternoon, the Black Mountain receives only a fraction of the foot traffic which is one of the reasons that they are my favourite mountains in the region to hike.

When a fair weathered day presented itself a few weekends back, I headed west to hike one my favourite route: Bannau Sir Gaer – Camarthen Fans.  Often I hike in from the east, as it’s quick to get there, and often just ascend Fan Brycheiniog before returning, but this time I wanted to wait around until sunset, and so decided to hike in from the west via Llyn Y Fan Fach.  From Llyn Y Fan Fach, the trail ascends to Waun Lefrith, with scenic view of the entire Camarthen Fans, before continuing on to the first high point at Picws Du.  From here the trail descends before climbing again to Fan Foel and eventually on to the high point of the range, the 802 meter high Fan Brycheiniog.

Instead of descending the mountains and heading back to the car park, I decided to head back up Picws Du and back along the Camarthen Fan ridge to Waun Lefrith where I was hoping to wait for sunset.  Buts as the afternoon hours passed, heavy clouds began rolling in from the west, and it was evident that any sunset would be unlikely.  So after 7:00pm, as the spring sky was beginning to darken I began to head back down the mountain, slightly hurried by the calling of dinner.

For more images from Black Mountain, and the rest of the Brecon Beacons national park, you can visit my Welsh image archive: HERE 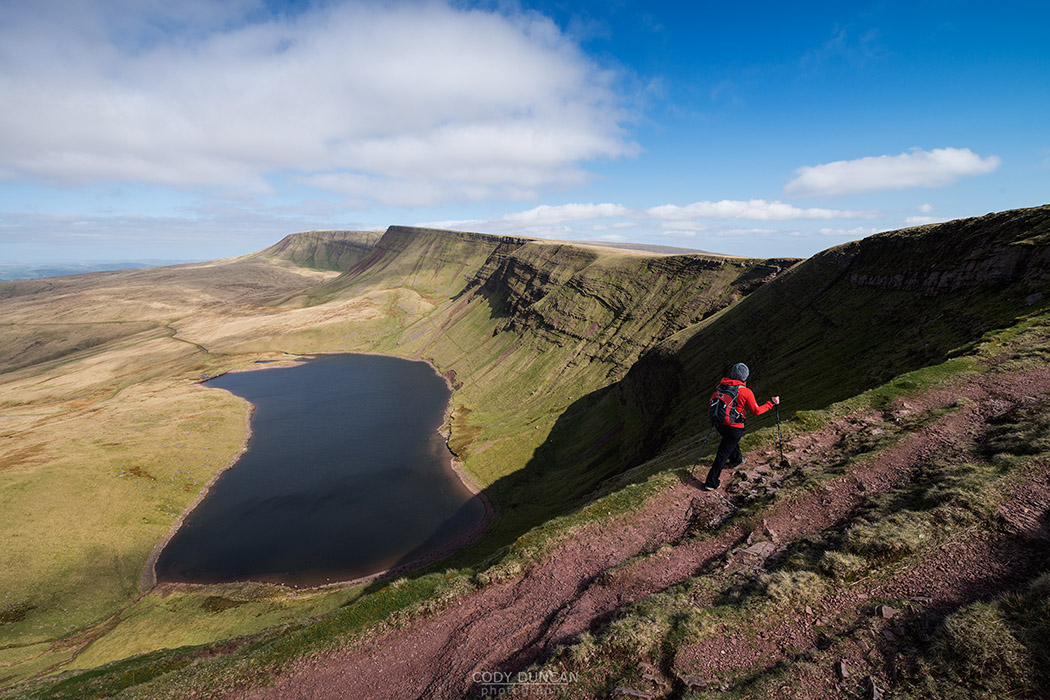