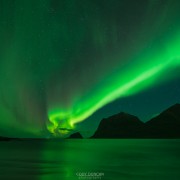 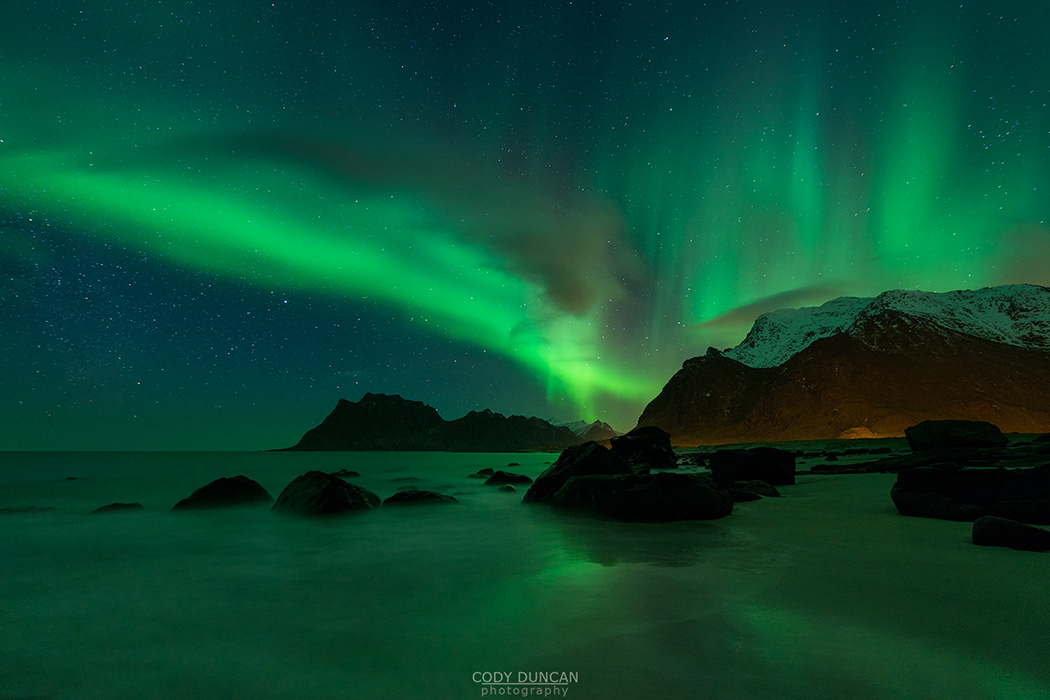 The journeys from California to Lofoten are always long, and I always arrive thinking of the soonest possibility I can lie down flat on a bed, or in this case, the back of my rental car.  I also made the mistake of arriving on the islands on a Saturday, which is never a good idea, as it meant a long wait in Leknes for my bus to Stamsund, where I would pick up my car.  Normally I would hitchhike, but this time I was burdened with ski gear which would no doubt ruin any chance I had of catching a lift.

It was finally the early afternoon when I pulled up to the parking area at Utakleiv beach, folded down the backs seats to the car and crawled into my sleeping bag.  Early afternoon on February 1st while north of the arctic circle means it’s just about dark.  I was soon asleep.

Some hours later the slamming of a car door followed by some somewhat loud voices woke me from my slumber.  It was dark.  I wiped a clear spot from the fogged up windows to see if the stars were out, in which case I would try and stay up a bit longer and wait for Northern Lighs.  But upon peaking out the window was a gift even better, Auroras!  A faint green arch hanging over the beach and mountains.  I quickly dressed, prepared myself for the cold, then hopped out of the car and went down to the beach, the lights now getting brighter.

I shot for a while at the beach, but I noticed the stronger parts seemed to be coming from behind the mountains to the left, so I quickly headed back to the car and drove a few km to the beach at Vik, more of less just around the corner from Utakleiv, and giving a much more open view to the western part of the sky.

Barely have put my camera back on the tripod the sky lit up, from the horizon, fully overhead, and then behind me.  Not a bad welcome to Lofoten! 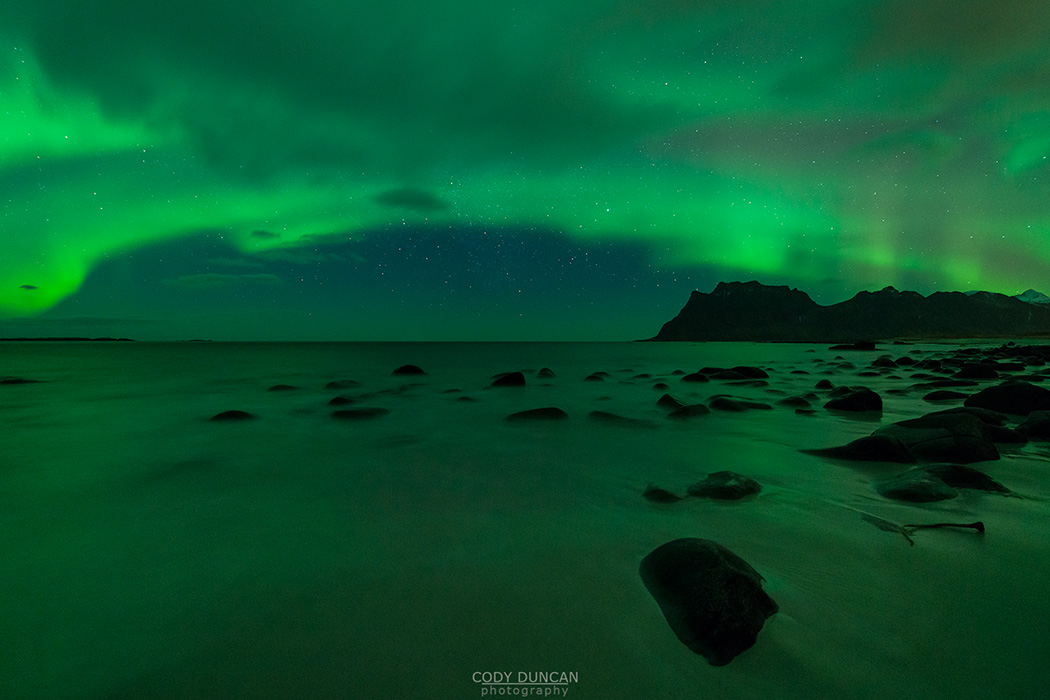 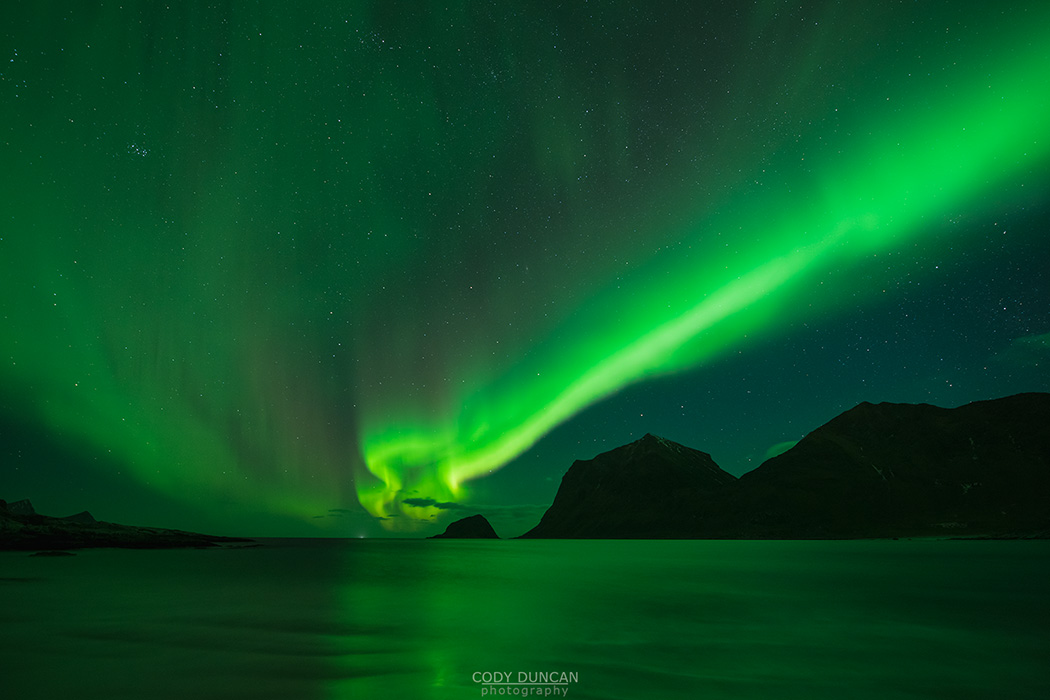 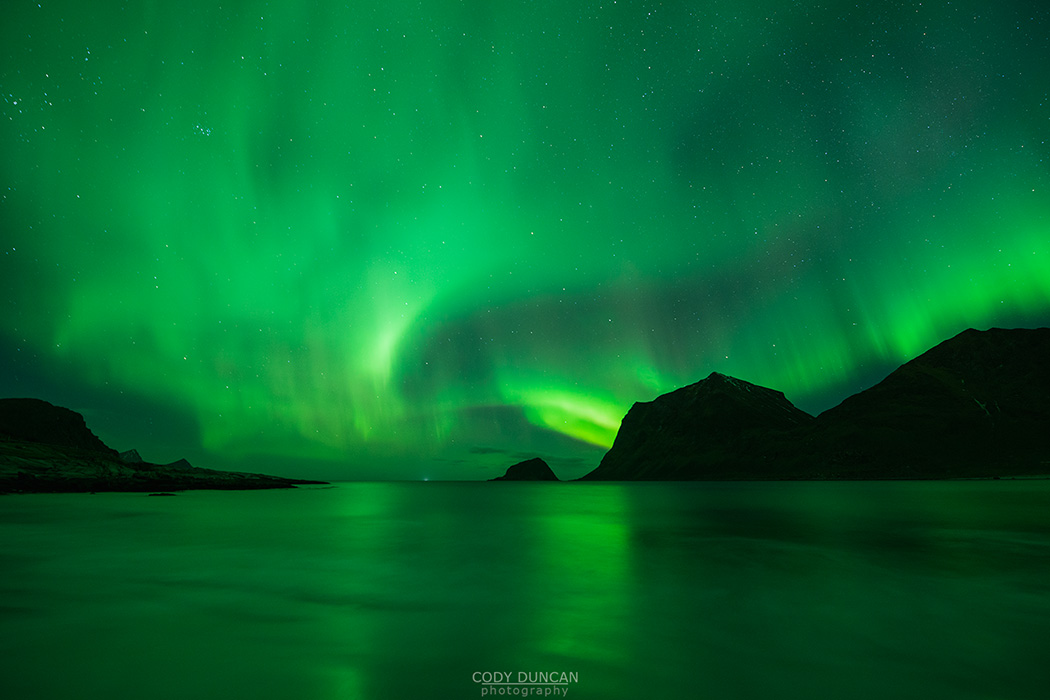 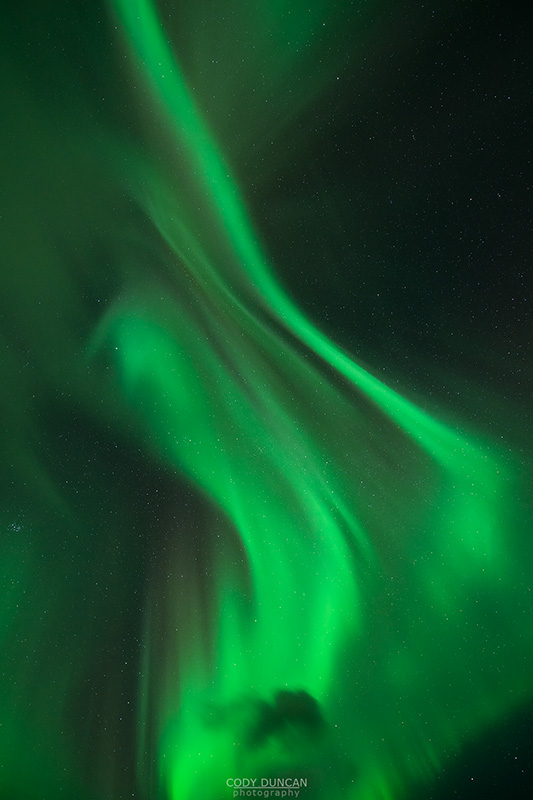 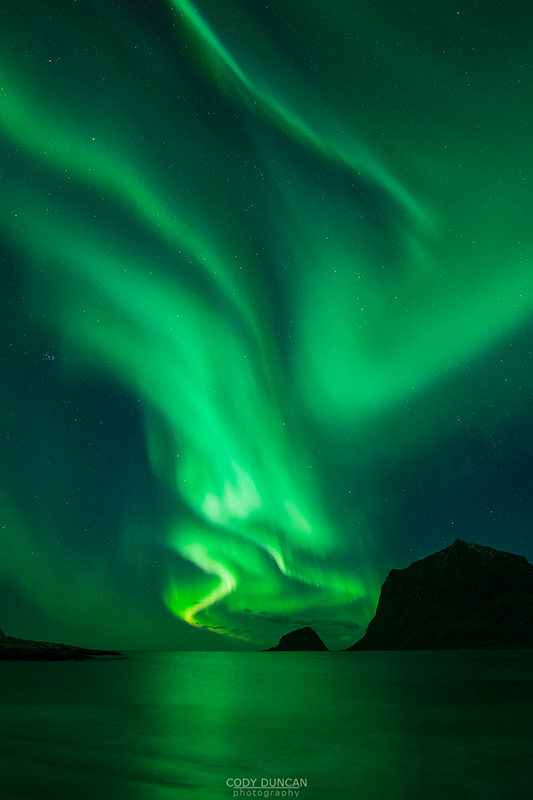