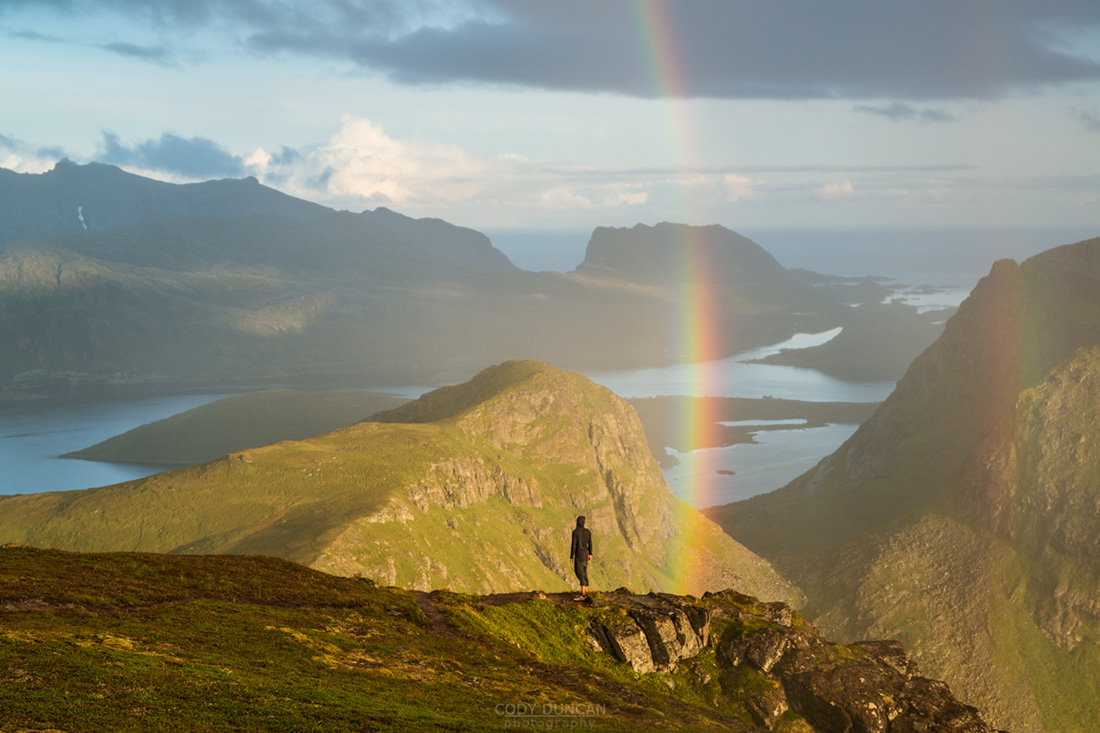 Only 1 week left for me in California.  Still a few tickets to buy and details to workout, but here’s the rough schedule of my travels for the next few months.  As much as was interested in going to some new/warmer places, it looks like I’ll be sticking with my favorite areas.  I can’t avoid being pulled north.

Next week I’m making the long journey back to Lofoten.  I leave California on Tuesday morning and reach the islands Thursday morning.  Hopefully I find some time for a bit of sleep, but like normal, that will probably have to wait for the 3 hour ferry crossing at 01:00 am Thursday.

Like normal, if the weather is good I’ll most likely head out to Bunes beach.  If the weather is crap, I’ll probably head to Stamsund and wait things out for a few days.  I have somewhat ambitious plans for this trip, so wish me luck that the weather cooperates!

Originally I planned to be on the islands about two weeks, and then head down to Jotunheimen national park for a few days before continuing on to Germany.  But this proved to eat up too much time just getting between locations, so I’ve decided to stay the whole time on Lofeten.  So I’ll be on the islands until September 4th.

If any of you are around the islands, look for someone in an bright blue jacket and probably a tripod.  Come say hello!

Like last year, I’m heading down to Selb, Germany for the Festival Mediaval.  Hopefully I don’t get my wallet stolen this time!  I’m bringing a small padlock for my tent.  One of my favorite bands of the last 10+ years, the Swedish group Garmarna, is playing their first show in years, so I’m super excited to see them finally.  And then of course there’s the food and beer to enjoy after a puritan three weeks in Norway.

I really had it in mind to maybe head down to the Alps for a week or so and then maybe to Croatia, where I’ve been wanting to go.  But logistically, Packing for both Norway and Croatia would have been a bit difficult.  So I’ve decided to stick with the cold conditions and head back north to Sweden, the area around Sarek national park to be exact.

I don’t have exact plans at the moment, but it will be a long journey from Berlin any way I go about it and most likely involve a night train and a bus or two.  It looks like it will be best to enter from the north at Saltoluokta and hike south over the next week, ending in Kvikkjokk.  I’ll probably spend a few days in the area of the beautiful Rapadalen, and with luck, have some decent light and good timing with the Autumn color.  And I wouldn’t complain about a light dusting of snow on the surrounding mountain peaks.  But it is the Arctic in September, so anything can happen, err, anything having to do with cold and bad weather can happen.

Following Sarek, I’ll be heading back to Lofoten for another week to 10 days.  If the weather stays like last year, this should mean I’ll be finding myself up a few more mountains.  But I’m sure I’ll spend most my time sitting around the warm fire in Stamsund watching the rain fall against the windows.

In a change from my normal hermitude (I don’t thinks that’s a word, but it is now), I’m going to try and change things up a bit and attend the TBEX travel blogger conference on October 3-4.  I’ve never really thought of myself as a travel blogger, but seeing as I’ve now had this blog going since 2005, maybe it’s time for a little change in mindset and perhaps I can open a few new doors.  I have to admit that I’m a little jealous of all these 22 year old blond chicks that seem to get all these free ‘press’ trips all over the place 6 months after getting the first stamp in their passport.  Maybe there’s one more spot for an unshaven, probably slightly smelly, with sink washed clothes, dude with too much camera gear.

I have this weird relationship with Scotland in that I think every visit will be my last.  Yet alas, another year comes around and I seem to find myself doing my best to avoid hitting sheep standing in the middle of some small winding road in the middle of nowhere.  And after my last two New Years on the Outer Hebrides, which were pretty grim weather wise, to put it nicely, I think I’m finally due for something a little better.

It’s too far off to make plans at this point, but as I pretty much have near every road in the Highlands memorized, there doesn’t need to be one.  My inclination is to go to Orkney, but that will be a little expensive with the car, and that is if I even have any money left after more than a month in Norway and Sweden, so it might be to the familiar glens and Bens of the Isle of Skye for a week cruising around the Cuillins.

For the remainder of my time in the UK, it’s back in Wales until I fly home to California in mid November, for my first holiday season in the US since 2007.  I’ll admit that I purposely try and be away during the holidays for the sole reason of avoiding Christmas shopping.