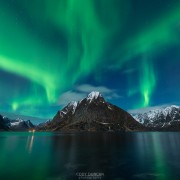 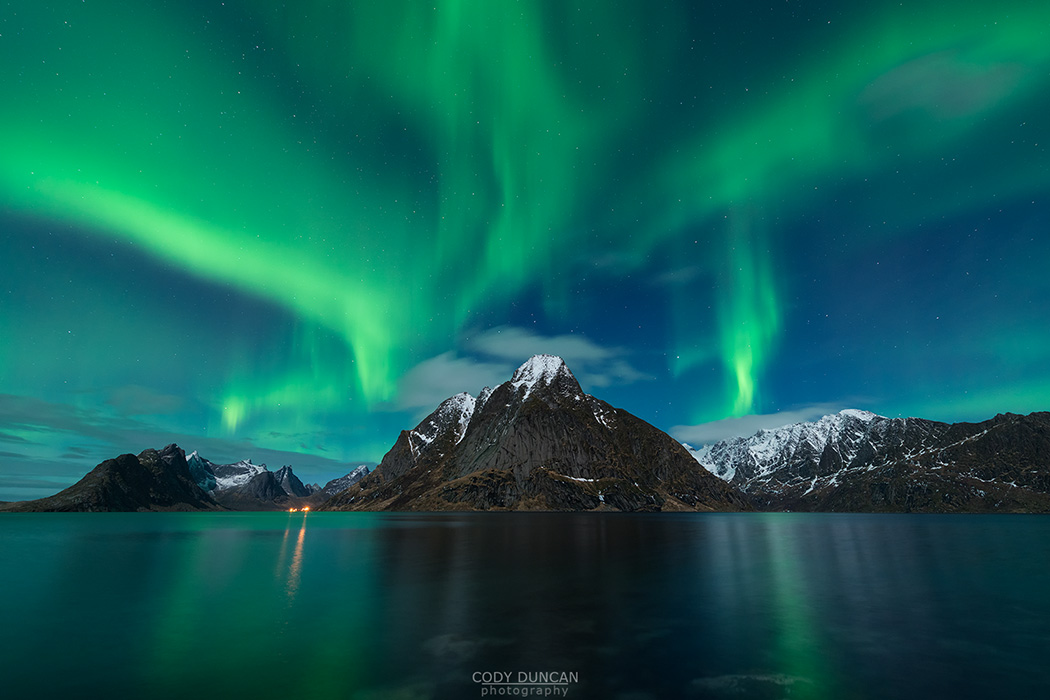 The sky was once again filled with clouds as evening came to Hamnøy.  We were mostly off to an early bed, Michael the only one remain up.  Sometime after I had drifted into to sleep I heard a knock at the door and Michael saying, ‘LIGHTS!’  Quicker than a fireman, I was back into my clothes and out the door.  Luckily, one of the benefits of staying at Eliassen Rorbuer is that you can more or less walk out the door and have a fantastic view across the fjord to Olstind.  It turns out we were somewhat late to the party though, as about 15-20 photographers and tripods were already lined up on the rocks.  During a lull in the aurora, Rod, Andrew and I (Michael was shooting a time-lapse), set off around the fjord to find some new compositions.  There is an abandoned Rorbu a little ways away that I have had my eye on for a northern lights image, so we went there and had aurora filling the sky for the next hour or so before once again returning into the night.

With a good weather forecast for Wednesday, Andrew and I made the decision to go camp out at Bunes beach for the night while the other two stayed behind.  I thought we would be alone, but somewhat unfortunately, a group of exchange students also joined us on the ferry, then proceeded to walk the length of the beach along the high tide line, leaving the otherwise unspoiled scene full of a thousand footprints before leaving to catch the afternoon ferry back to Reine.  So much for that.

The temperature was brisk, and a strong, blustery wind hampered any attempts of enjoying our evening campfire.  But with no snow, I could hardly call it winter camping.  Though in mid February, the beach is yet to receive any direct sunlight, so you’re left staring at the surrounding granite peaks and dreaming of the sun’s warmth.  Under clear skies we did our best to stay up into the night.  But in the cold and the wind and the darkness there is only so much willpower one has before the calling of a warm sleeping bag becomes overpowering.  So before 6:00pm my eyes were closing.  The trick though, is to set your alarm for every 30 minutes or so to keep an eye on the sky. After a couple hours Andrew woke me from outside my tent.  A green glow had appeared on the horizon.

It is a painful process to leave a warm sleeping bag, put on freezing clothes, and enter into the freezing night.  We walked to the beach, the sand frozen solid, making progress easier.  With the crashing waves at out feet we watched the sky, but it had now grown silent.  The wind was stronger now, and colder.  After sometime standing around, the sky remaining quite, a warm sleeping bag seemed like a nice alternative.  By the light of our headlamps and the glow of the moon we returned to our silent camp.

Returning back to Hamnøy the following morning, I spent the day lounging around and enjoying the warmth or the Rorbu while the others braved the bad weather in search of photos.

A couple more stormy days followed before it was soon time for the Australians to head home and for me to head east.  It was a cold Sunday morning that I was dropped off at the bus stop (that is being generous) in Leknes, destination Sweden, and snow. 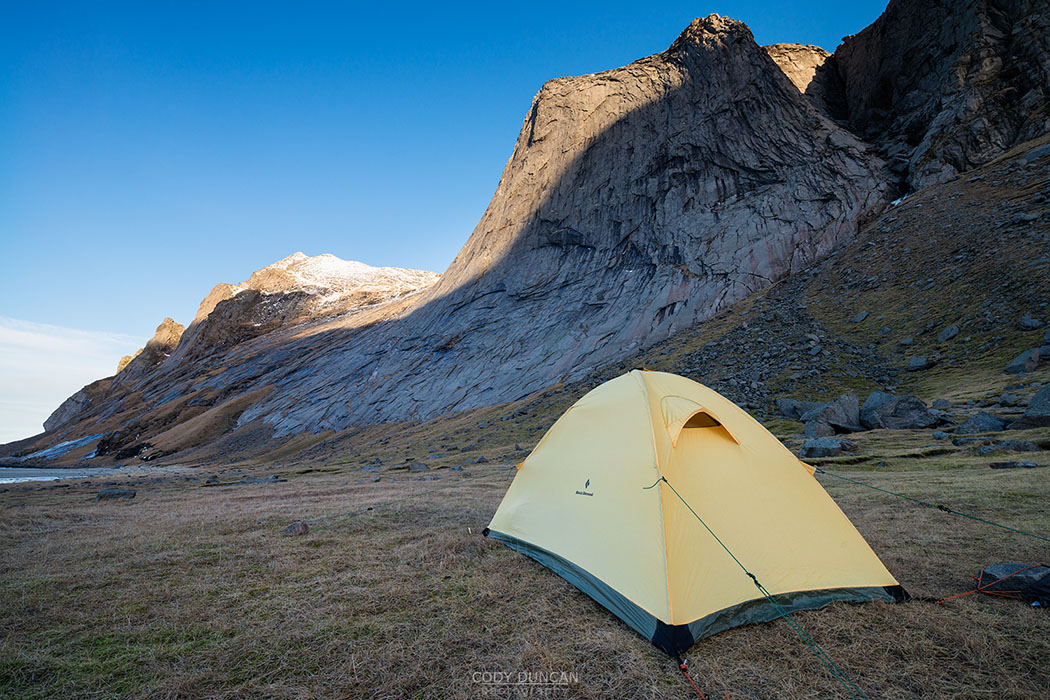 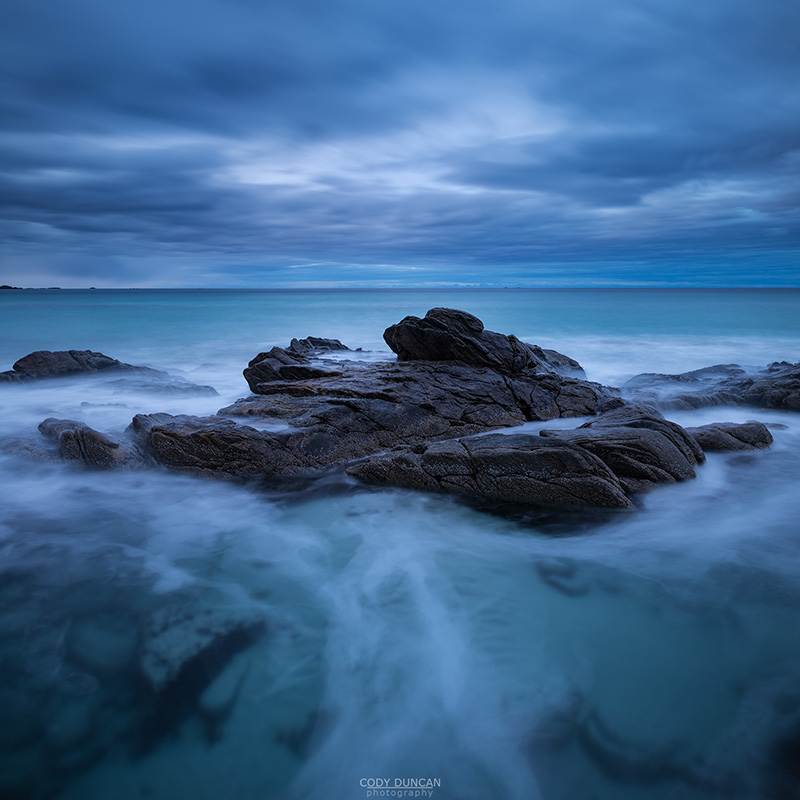